29
Jan 2021
Catégorie: Information pills
Pour: AGroup
HOW TO PROTECT YOUR COMPANY FROM A REPUTATION CRISIS, AVOIDING PENALTIES AND ANY COMPENSATION FOR A "CLASS ACTION" 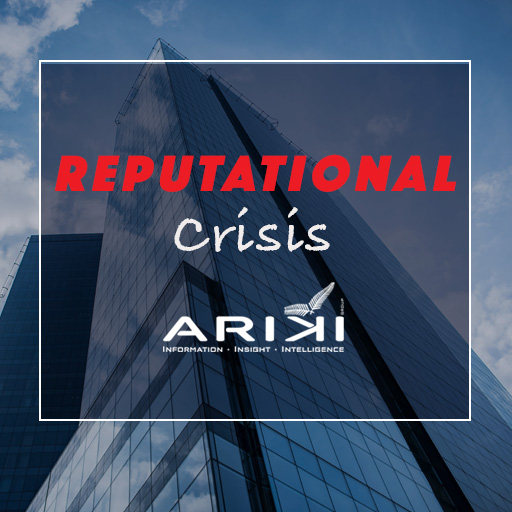 Before delving into how to prevent a reputation crisis in a Company, let me give you some hints on the economic crisis that began last year.

2020 has clearly shown that at least 80% of the world's manufacturing activities have suffered, to a greater or lesser extent, the impact of an extraordinary and devastating event such as the COVID-19 pandemic.

The crisis generated by the virus has strongly "shaken" not only the economies of the Countries, but also those of their citizens.

For several months we have been witnessing a steep increase at an international level in fraud against Insurance Companies, banks, financial entities, telephone and car rental Companies.

What do all the frauds which happened in these Companies have in common?

All frauds require the showing of a customer's identity document in order for Companies to provide them with their services.

Frauds are criminal activities that in the case of banking and financial entities result in cybercrime and fraudulent requests finalised to obtain supply of goods and services that ultimately end up financially damaging other customers, without them realizing it anyway.

And what else is going on?

In recent months, companies have been investing – for good reasons - in strengthening their cyber defence systems in all access procedures to their online services ("behavioural biometric authentication" and "PSD2").

However, the vast majority of them are still doing little to improve new customer acquisition (KYC) procedures, which in many cases are rather "relaxed" with regards to customer identity verification.

Moreover, taking into account that a weakening of document verification can subsequently end up creating significant damage due to criminal operations aimed at money laundering and / or terrorism financing.

In fact, it is very important to remember that any system implemented to increase access security to online services can be totally invalidated from the "moment zero", that is, when the acquired customer has exhibited his forged identity document.

And when a company ends up in the press with suspicion that it has not done enough to prevent such things, its corporate reputation is drastically and significantly damaged.

Furthermore, when Customers feel "cyber-exposed" to certain risks when they access online services, they will end up evaluating alternatives that can give them greater guarantee of security in this regard.

According to the Weber Shandwick report 2019 study on "The State of Corporate Reputation in 2020", the security of the services offered to Customers ranks third among the elements that help create and consolidate the reputation of a Company. This is also a significant indicator of success in the market.

Corporate reputation is a matter of trust. Achieving a good reputation takes a long time, and ironically, an excellent reputation can be lost in no time due to a crisis that ends up destroying that trust.

If we think that the economic damage caused by reputation bias is the one that most affects a Company's finances, I am sorry to say that it is not the case.

In this sense, we still need to talk about the damages deriving from the penalties for non-compliance with national and international regulations (V and VI EC Directives) and the possible compensation due to a "class action".

Of the two cases mentioned, the second is the one that should make any self-respecting Company fear.

Just as a person who has suffered damage and / or loss (physical, economic or moral) caused by a third person can sue him to ask for compensation, by the same criterion this also applies to actions taken against any entity.

More often than not, "class actions" (or "redress for lawsuits") filed against tobacco Companies in the United States end up not going to trial because millions of dollar deals are usually reached with plaintiffs before get to the process.

But what if instead of talking about tobacco (which every year continues to kill hundreds of thousands of people around the world), we were talking about victims of Islamic terrorism.

This international criminal activity is financed and carries out its massacres also thanks to the use of forged identity documents.

They make use of false identity documents to obtain loans from financial institutions, through money laundering generated by other illegal activities, as well as by defrauding mobile phone operators and illegally trafficking rented vehicles.

They are also used to cover the illegal immigration phenomenon.

In this sense, would it be unreasonable to think that a judge could issue a sentence citing the responsibility of an Entity for complicity in acting out a crime of terrorism?

The truth is that this scenario could emerge more and more.

It would be enough for this to happen only once to create a record and trigger a "domino effect" that would rapidly spread internationally. Let’s not forget that for this type of crime - fortunately - there is no statute of limitations (when punished with life imprisonment).

So how can we protect ourselves from these adverse scenarios?

The only way to protect our Company is preventing fraud adopting the most advanced measures also for document verification relating the identity of potential Customers.

To this end, after more than twenty years of experience in Police Forces training in many Countries and proactive cooperation with them, ARIKI Group and its partners developed "IDspecialist", the most comprehensive and advanced document verification system on the market, entirely based on intelligence.

Basically, it is a safe, reliable and quick solution that is decisive in preventing the above-mentioned cases.

If you are interested in protecting your Company's corporate reputation, we would like inform you that we can help you securing KYC, AML and CFT processes in their respective document verification steps.

f in the end you believe it is necessary to act now to protect your Company from a reputation crisis, contact us and we will help you find the most suitable solution for the business model of your Company.

HOW TO PROTECT YOUR COMPANY FROM A REPUTATION CRISIS, AVOIDING PENALTIES AND ANY COMPENSATION FOR A « CLASS ACTION »

COMPANIES THAT SUFFER THE CRIME OF DOCUMENT FORGERY: VICTIMS OR ACCOMPLICES?

HOW CAN DOCUMENT VERIFICATION SERVICES HELP TO PREVENT, TO AVOID AND TO LIMIT FRAUDS?